A love story set in the high rise of the  Maximum City,  Mumbai…Of a middle class girl living in the traditional suburbs of 5 Gardens, King Circle / Matunga,  and a boy… blue blood belonging to the old wealth of South Bombay…The film  showcases the life and style of  the Rich, Upper Middle and Middle class strata’s of Mumbai…“SANAM TERI KASAM”  a Shakespearian tragedy directed by Radhika Rao & Vinay Sapru set on the 7 blockbuster songs by Himesh Reshammiya…Songs that will make you live a life time of  LOVE.

A controversy happened on 26 Jan during India – Australia T-20 match. We have made a small spoof riding on it. Here’s the link request if you can put the same on your esteemed website.

Aussie cricket player Steve Smith was on strike against India and in an conversation with Channel 9 at the same time. You heard that right! Steve was in a live chat during the first of a three-match T20 International series at the Adelaide Oval. Shortly after answering questions from Channel 9 commentators, Smith chipped Ravindra Jadeja to Virat Kohli at mid-off. Kohli gave Australia’s Test and ODI skipper a verbal send-off while making a “chatterbox” gesture. While the gesture has caused quite a controversy all over the world.. we love our aggressive Indian Cricketer’s style of telling the world.. Be careful.. Nazar hati.. durghatna ghati!

Actor turned singer, Nisha Rawal is embarking on a Vegan way of life. She has been a vegetarian all her life despite her family being non vegetarian. She has now decided to push the buck and adhere to a strict vegan regime, gradually. The decision has come predominantly from her love of animals. She has helped a lot of animals find home & care and had even adopted two dogs.

However noble is the task at hand, the follow through is a strict and tedious one. Nisha is not one to start claiming to be a vegan before she really commits to it. She is still on a trial and error mode. She is trying to imbibe a few basics of Vegan life in her daily routine, replacing milk with soya milk & almond milk, paneer with tofu & butter with olive oil.

Being a vegan in India is an uphill battle as the culture is still in nascent stage. Food products that support the life style are difficult to source and the ones available are far and sparse. But, Nisha is not getting deterred. She has also figured out quite a few food preparations at her home itself. At a recent trip to Gangtok she tried looking up for Vegan options.

Speaking about her new lifestyle, Nisha said, “I have been intending to go Vegan for some time now. – ever since I saw the cruelty on cows in factory farms like dehorning and artificial insemination, the calf is taken away from the mother right at birth. Animals recognize each other so they do understand and feel the pain. Right now I am only trying to imbibe a vegan diet and gradually upscale it to other aspects of life. I have also given up on wearing real fur, silk and leather. The major problem, I’m facing is the milk part cause I’m a vegetarian and my intense work out regime demands high protein diet which for vegetarians mainly comes from milk. The advantages of a Vegan diet are undeniable for your physical and mental being but there is more to it. I have always loved animals and the core of Veganism is to oppose this cruelty towards animals. We often don’t pause and think for a moment also, that the milk we drink is actually for the calf, the mother cow lactates for only as long as the calf needs it and we are actually drinking into their share. Many people feel that animal cruelty is subjective but for me it’s absolute.”

She initially started with observing one week of veganism and then gradually managed to crack it for one month. Nisha’s New Year resolution is to stay vegan for 6 months out of 12. She has also connected with various Vegan groups in Mumbai to understand the lifestyle better. Some of her new vegan friends have advised her to do it step by step and adopt a sustainable approach as opposed to a one shot conversion which backfires most times.

It is a known fact that Karan Mehra gave up non vegetarian after tying the knot with Nisha. Now we have to wait and watch if Karan is going to turn into a Vegan as well with Nisha?

Sooraj and Jacqueline Shake a Leg for ‘GF’

The fresh pair of Sooraj Pancholi and Jacqueline Fernandez have teamed up for a single titled “GF“, dancing to the tunes of choreographer-turned-filmmaker Remo D’Souza. The duo shot for the Bhushan Kumar-produced video this month in Mumbai.

“It’s a peppy romantic track about a guy who tries to woo a girl he’s fallen in love with at first sight. It was fun working with Jacqueline, she made me comfortable,“ says Sooraj. Salman Khan’s `Hero’ rehearsed with the actress and the popular 13.13 dance crew before facing the camera and admits that the practise sessions were an “ice-breaker“for them. Given a chance, he’d love to work with her.

Jacqueline also lent her voice and admits that at the creative meeting when Remo suggested that she sing too, her first reaction was a “NO“. “In fact, they didn’t even have female vocals in the song, and included them before they heard me in the studio, “reminisces the actress, who enjoyed jamming with composer Gurinder Seagal. Her dad is a DJ, so a lot of music is played at home. That’s what made her decide to take it up. Now she says, “I would love to sing for a film if the song is right. It’s a nice feather to have in ones’ cap. “

Jacqueline praises the crew but admits the choreography wasn’t easy. “Sooraj worked hard on the steps. He’s chilled out and fun to work with, “she smiles. Sooraj is happy that the trend of music videos is catching on with youngsters. So how will Jacqueline react if a guy tried to impress her? “I will sing back to him, “she laughs, adding, “But the feeling has to be mutual. “ 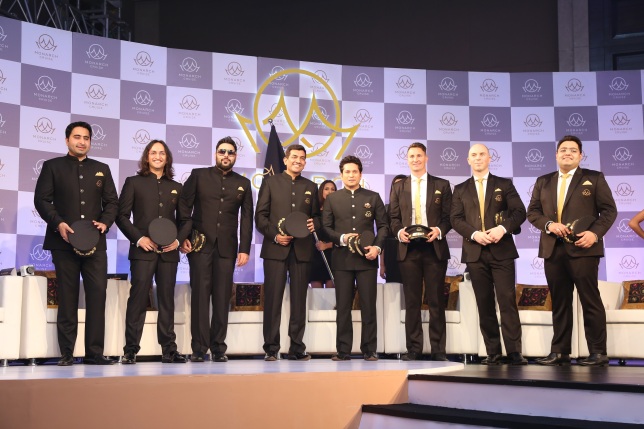 Posted by STARFRIDAY NEWS on January 28, 2016 in Uncategorized